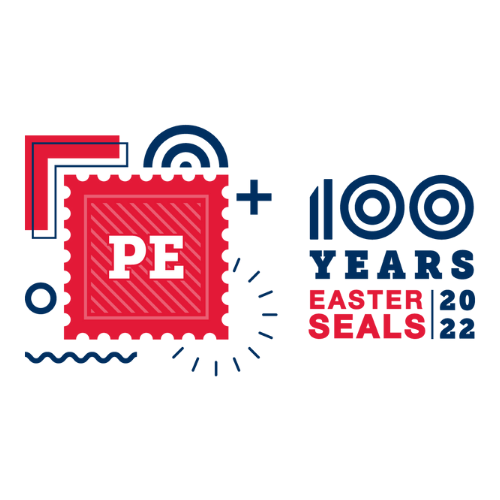 The Easter Seals Society of PEI is a franchised project of the Rotary Club of Charlottetown, supported by the Rotary Club of Summerside and the Rotary Club of Montague and Eastern PEI. Annual activities include the Tim Hortons’ Ambassador’s School Tour, the Paper Egg Campaign, fundraisers at Island sports events and many other individual and corporate fundraising initiatives that enable Easter Seals to help provide programs and equipment for people living with disabilities across Prince Edward Island.

The money raised is used to help Islanders with disabilities, right here on PEI. Grants are given to registered charitable organizations, whose mandate is to enrich the lives of Islanders living with a disability through our annual Provincial Grants program.  We also create local awareness and help to administer beneficial programs and partnerships made available through our association with Easter Seals Canada.

The Rotary Club of Charlottetown agreed by unanimous vote on February 13, 1956 to adopt Easter Seals as the program through which to continue its support of children with disabilities. The Club members of the time recognized the quality of the Easter Seals program, and knew it was fully compatible with the Clubs objectives of community service.

Although the Rotary Club of Charlottetown did not sign an official franchise agreement until 1960, it participated in the program under a verbal agreement beginning in 1956 when $2,100 was raised. The current franchise agreement will remain valid until such time as the Rotary Club of Charlottetown decides to relinquish it and thereby discontinue Easter Seals activity.

Under an agreement ratified by the Rotary Clubs of Charlottetown, Summerside and Montague and Eastern PEI in early 1988, and revised in 1992, the three Clubs participate directly in the annual Easter Seals Campaign through a provincial committee, officially known as the Easter Seals Society of Prince Edward Island. The Committee consists of members of the Rotary Club of Charlottetown and one member from each of the Summerside and Montague Clubs. Monies raised from the annual campaign are divided as follows: 50% to the Provincial Committee with the remainder divided among the three Clubs according to the proportion of the monies raised in each of the three counties in which each club is located. In recent years, the breakdown has been 40% for Charlottetown, 30% for Summerside, and 30% for Montague.

The funds raised during Easter Seals Society of Prince Edward Island campaigns stay on the Island and are used to support programs helping Islanders throughout our province who are living with disabilities.

The Easter Seals Society of PEI is committed to fully enhancing the quality of life, self-esteem and self-determination of Islanders with disabilities. The Easter Seals Society of PEI responds to the needs and aspirations of children, youth, and adults with disabilities by providing financial support to programs and services that enable access, inclusion and opportunity to promote increased activity and involvement. We support fundraising, services, public and consumer education, research and increased awareness of disability issues in the private, volunteer and government sectors.

The Story of Easter Seals

In 1907, Ohio-businessman Edgar Allen lost his son in a streetcar accident. The lack of adequate medical services available to save his son prompted Allen to sell his business and begin a fund-raising campaign to build a hospital in his hometown of Elyria, Ohio. Through this new hospital, Allen was surprised to learn that children with disabilities were often hidden from public view. Inspired by this discovery, in 1919 Allen founded what became known as the National Society for Crippled Children, the first organization of its kind.

The Birth of the Seal

In the spring of 1934, the organization launched its first Easter Seals campaign to raise money for its services. To show their support, donors placed the seals on envelopes and letters. Cleveland Plain Dealer cartoonist J.H. Donahey designed the first seal. Donahey based the design on a concept of simplicity because those served by the charity asked simply for the right to live a normal life. The lily – a symbol of spring – was officially incorporated as Easter Seals’ logo in 1952 for its association with resurrection and new life. Until recent years the lily appeared as a graphic on a square on seal. In some places that seal continues to be used. The Easter Seals Society of PEI’s official seal, as it appears on this page, is a simple red square with a scalloped edge reminiscent of postage stamps. 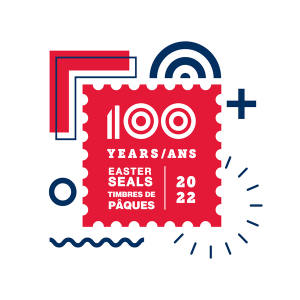 Easter Seals is Canada’s largest local provider of programs, services, and issues-leadership and development for the disability community. It is celebrating its Centennial Anniversary in 2022.

Since 1922, Easter Seals Canada and its provincial member organizations have been working to create a more inclusive and accessible society that includes and honours the contributions and potential of Canadians of all abilities. Easter Seals Canada runs national awareness campaigns and raises critical funding for the transformative programs and services that are offered by Easter Seals provincial member organizations at the local level. Serving a broad range of people—both children and adults—with varying physical, intellectual, sensory and learning disabilities, we help to ensure that everyone living with a disability has access to the equipment, programs, services and support they need to make the most of their abilities and live their lives to the fullest.

Stay up to date on our events & fundraisers